Get to know – Anna Pettersson, regional development director at Region Västerbotten, member of the Government’s Electrification Committee and much appreciated board member of the Hong Kong Chamber of Commerce in Sweden 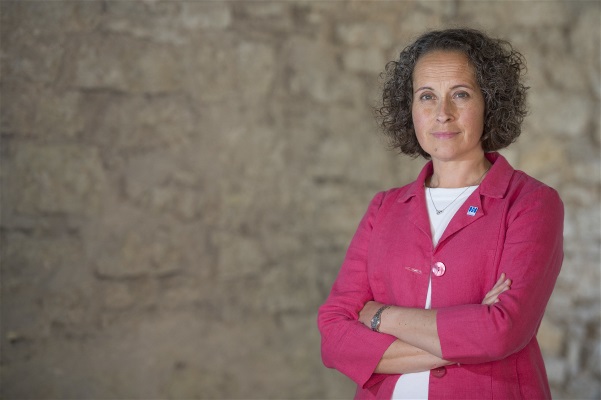 The Chamber had a catch up with Anna to learn more about her background, her take on democracy, and her lessons from many years of leadership.

Anna recalls that she was certain from a young age that she wanted to study technology at high school level. Said and done: she studied a technological high-school program. Anna also recalls that she ended up taking a course in business administration and was immediately fascinated by the financial and economic tools. This influenced Anna’s decision to study Economics at university. After attaining her degree in Economics, Anna worked in various organisations, from universities to the mining industry. She later switched track completely to marketing at the company collecting the licence fee for the public service radio and television in Sweden. After five years at the radio service, and an extensive recruitment process Anna was offered the role as CEO for the company.

Anna: This was a very exciting time for me. I went from having access to certain parts of the toolbox; to having the whole toolbox of the organisation open to me. It was an advantage to have already worked within the organisation before I assumed the role as CEO. After a total of 13 years at the license fee company I was keen to see if there might be a different type of organisation where I could use the experience I had gained over the years. I also wanted to get new insights and knowledge.

Once Anna started looking, she quickly found that her home county was looking for a regional developer. After another recruitment process Anna was offered the role as regional development director at Region Västerbotten.

Anna: By that time I also asked myself why I had gone into regional development. Due to the fact that the license fee company, was a significant employer at the time we had to consider the wider business of the region and I became very aware of the interconnectedness of the region. If there doesn’t exist access to good schools, healthcare, a viable housing market and infrastructure and more, then companies wouldn’t be able to recruit the competencies required. This awareness made me very certain and excited about taking on the role as regional developer.

Lastly Anna answered what is most important for her in her leadership role.

Anna: I think it is important that I am myself. I believe that it is only when you’re are true to yourself and try to stand firm with both feet on the ground that you can be present and honest as a leader. During the years I’ve had to work on being in less of a rush; for me it’s easy to become very eager when I feel passion to my work. But as a leader I’ve understood the importance of making time to listen and not be too quick to offer solutions and ideas. For me, it’s been important to be myself and anchor my leadership in an awareness of my strengths and weaknesses.