Seminar on Infrastructure and Finance

The chamber’s latest lunch seminar on Infrastructure and Finance was well received among our members and friends. The seminar was fully booked.

Ms Priscilla To, Director-General of Hong Kong Economic and Trade Office in London, gave us an introduction to the Greater Bay Area and the opportunities related to Infrastructure and Finance that the initiative offers. The Greater Bay Area is an initiative to connect Hong Kong and Macao to nine cities in the south of mainland China.

This area has a GDP of US$ 1,5 trillion which can be compared to New York City’s US$ tm 1,7 or San Francisco Bay Area with a GDP of US$ tm 0,8. The population is 70 million compared to New York’s 8,6 million and SF Bay Area’s 7,6. Hong Kong with its long history of international business is an important hub in the Greater Bay Area and Hong Kong plays an important role as a link between foreign investments and mainland China, besides being a vibrant and innovative market in itself.

The seminar also presented infrastructure projects being part of the GBA initiatives. Project Director Torsten Linder from Scania presented the Hong Kong-Zhuhai-Macao bridge which according to plan will be opened within a month. The project includes a 29,6 km dual 3-lane carriageway in the form of bridge-cum-tunnel structure comprising a tunnel of about 6,7 km. For comparison the Öresundsbron is 15,9 km, whereof 7,8 km is a bridge over open water.

Andreas Jensen, Business Development Director at MTR Nordic, presented the financing model Rail+Property that is a vital part of the success of the Hong Kong public transport system and of the last decade’s city development. He also let the audience know a bit more about the highspeed railway, the so called Vibrant Express, opened September 23 and connecting Hong Kong to mainland China.  Until now – less than a month since the opening – almost 1 million people have travelled with the Vibrant Express.

Turning the attention to the financial sector, Dr Jimmy Chiang, Associate Director General at InvestHK, gave us an introduction and sales pitch of the benefits of Hong Kong. Michael Rexestrand, product manager at Nasdaq Sweden, then told us about the financial infrastructure and the software for stock exchanges that Nasdaq has developed in Sweden, but is not only used by stock exchanges run by Nasdaq, but is also – for example – in Hong Kong. Finally, Carl Christiansson, Head of SEB International, gave personal reflections on Hong Kong’s future as a financial centre in Asia. Carl told us about SEB’s development in Hong Kong. How the bank had established in Hong Hong, but then withdrawn when they saw that mainland China (Shanghai) was overriding Hong Kong as financial centre, and how SEB had now reopened in Hong Kong. Since the bank follows its customer it was a very clear example that Hong Kong is defending its role a financial centre in Asia for Swedish and Eruopean investments.

After a short coffee break, the chamber’s chairman, Torborg Chetkovich, led a panel discussion. Andreas Hatzigeorgiou, CEO of Stockholm Chamber of Commerce, made the opening presentation.

This seminar gave a flavor of the chamber’s delegation trip to Hong Kong December 2-7. In Hong Kong we will meet MTR and visit the highspeed rail station, as well as Scania that has delivered buses for public transport on the Hong Kong- Zhuhai-Macao-bridge. Hopefully we will be able to take a bus ride on the bridge and get the full picture of the project. We will also meet with EQT and pay a visit to the Hong Kong stock exchange. We welcome all present and future members to join the delegation! You find the full program and details on our website. Booking before November 2 gives you a premium rate with SAS. 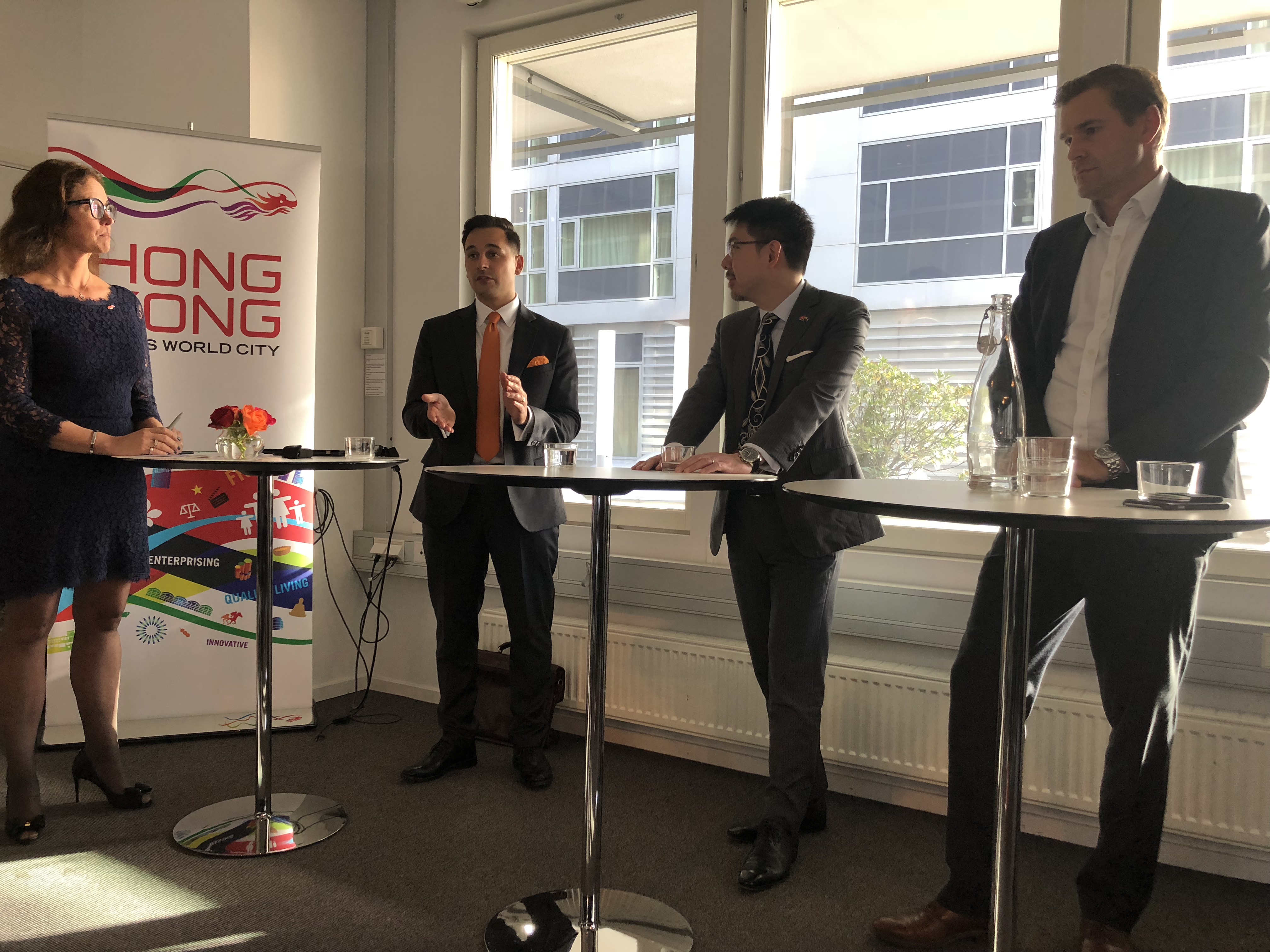 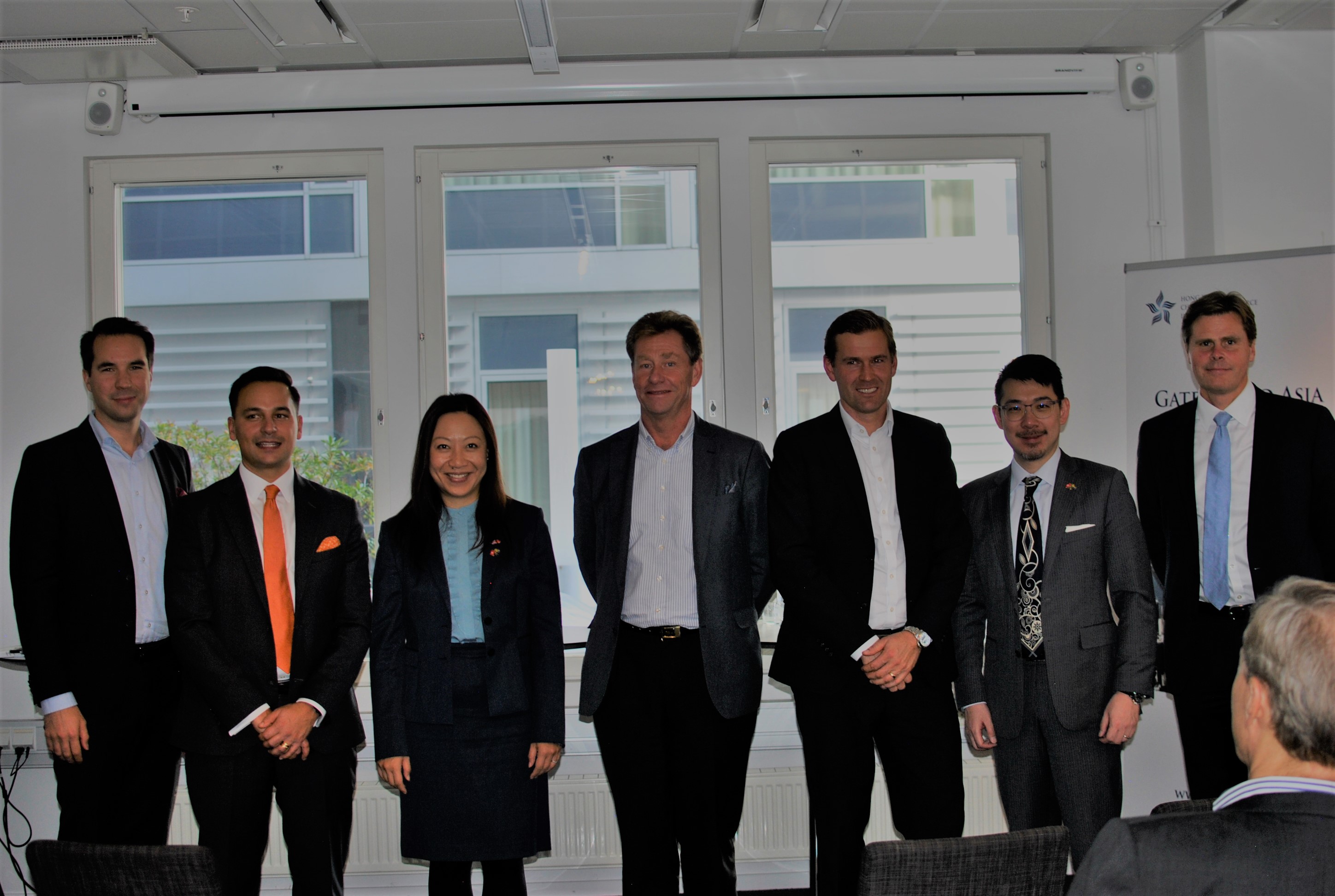 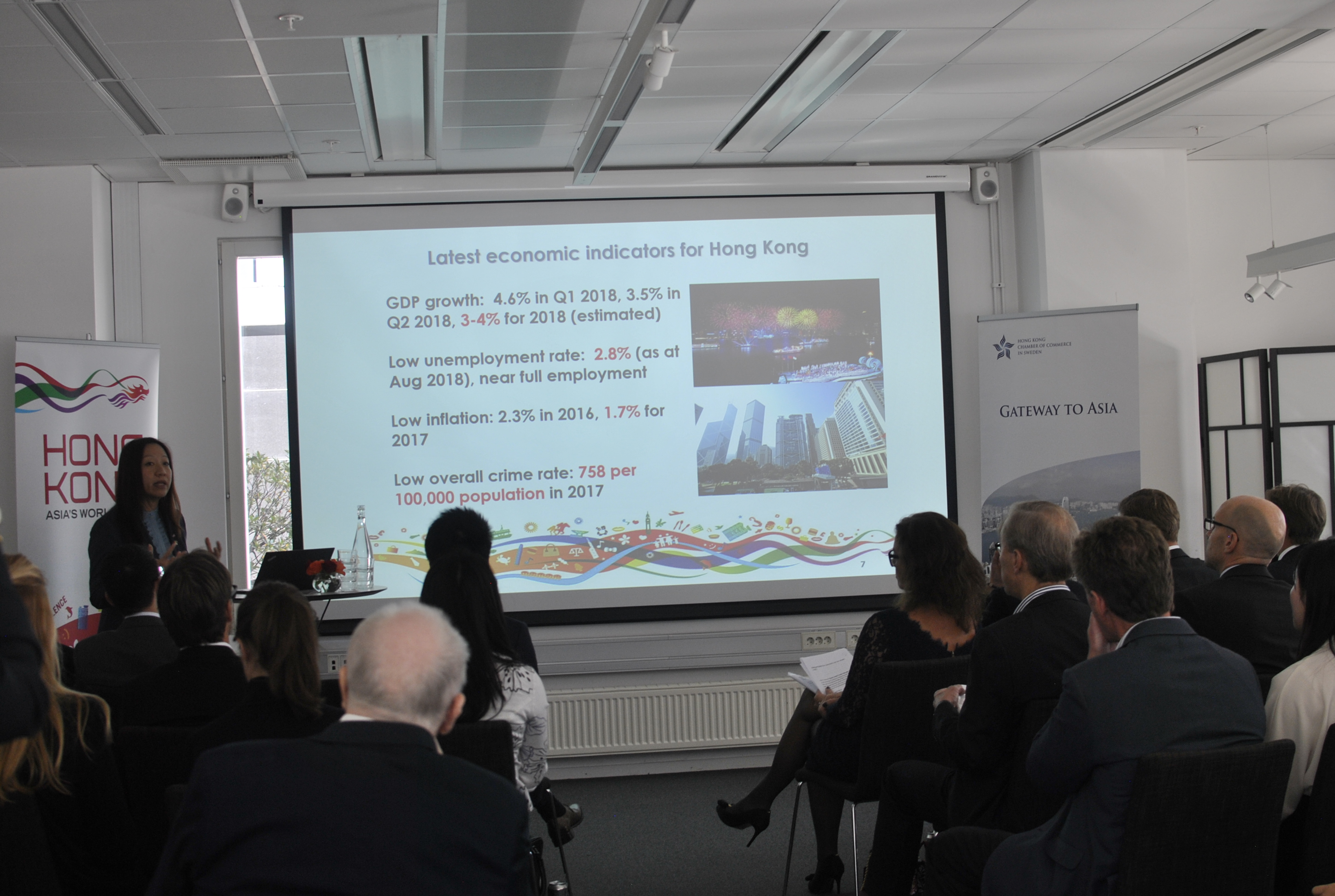